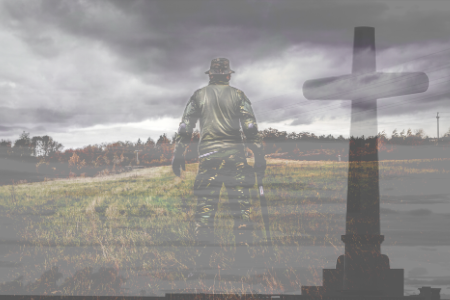 At the beginning of the Covid-19 lockdown, I stopped by my local gun shop to see how they were faring. As is typical during periods of unrest or political uncertainty, the shop was limiting the amount of ammo a patron could purchase and seemed to be pretty tight on commonly-used firearms. I remember how high firearm and ammo prices had risen during the Obama administration and shuddered to think how many people were not prepared for the coming social chaos caused by the lockdown orders.

Now that the riots across dozens of cities have been going on for over a week, I’ve been reflecting on the importance of self-defense. A crucial part of the rural and red-state culture in the U.S. includes being capable of procuring and defending yourself with a firearm. I include “rural” in that description because large parts of coastal blue states are populated by people who take the protection of their own family on their shoulders. I have to guess that most people in cities would be prepared to defend their families just as well as rural folks are if their governments allowed it.

In our first issue of the Leonine Institute Quarterly magazine (coming this Fall), we will be focusing on the principle of subsidiarity. Subsidiarity is the principle that the lowest-level or smallest political unit should handle policies and issues that it is competent to handle. Subsidiarity is a fundamental principle of Catholic Social Teaching and so promoting it is an essential part of the Institute’s work. Higher-level or larger units should be responsible only for those issues that are relevant to the nation or state as a whole.

The riots have become so severe, and the politics of the rioters and their handlers so extreme, that there are now calls to defund police departments in major cities. Los Angeles will take $150 million from its police budget and redistribute it to ethnic minority communities in the area. Images of police and National Guard kneeling on the ground before protesters are a reminder that the anarcho-tyranny we see in the streets of our major cities is not being quelled.

What is a man to do? If he is a husband and father, he should ensure that he is capable, both mentally and physically, of defending his family should these riots or the tyranny they want to unleash be visited upon his home. This includes being competent with whatever legal means he has for armed self-defense. Young men who have yet to start a family should focus on ensuring the safety of their extended family; after all, the notion of the “nuclear family” is foreign to a traditional Catholic understanding of our duties as fathers, husbands, and sons.

The principle of subsidiarity demands that we are prepared. Though larger political units have legitimate protective and policing responsibilities, they are not intended to defend the home itself. The purpose of your local police and sheriff is to investigate crime; they are rarely in a position to defend you and your family from those who would harm you. The family is the fundamental, and smallest, unit of society and as such it must shoulder a great burden according to the principle of subsidiarity. Larger units of society cannot be relied upon to defend the family adequately; thus the family must be prepared to defend itself.

Traditional Catholicism is not merely an aesthetic preference for the Latin Mass. It is a fundamental belief in the wisdom the Church provides us, part of which is the Catholic Social Teaching given to us by Pope Leo XIII and his successors. With the riots and social upheaval we have experienced over the last months firmly in our minds, it is time to take the necessary steps to ensure that you can protect your family and if needed, your parish. Depending only on your city or county government to protect you is folly.

Levi A Russell, Ph.D. – Founder and Fellow of the Leonine Institute for Catholic Social Teaching. He is also the host of the weekly Catholic Economics podcast.