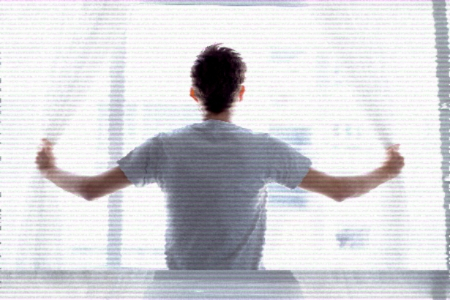 I have always found May 1st to be a thought-provoking day. A day for workers all over the world. Those workers deserve much more than they’re offered. What do I mean by that? I mean they deserve an alternative to the industrial mind of capitalism as well as the brutish mind of the socialist. The former sees them as nothing more than mode to attain capital. The latter sees them as nothing more than a cog in a machine that is ultimately meaningless. Their dignity as human persons is disregarded by both systems. They are objectified and dehumanized by both these poisonous ideologies. Sadly, they are convinced that they are what either system may say they are. It is truly a case of Stockholm syndrome. This is rooted in a frightful truth, that we are a people without hope. Despair pervades our society and it has been placed as an end, as a finality, and not an obstacle to the End which we are meant for. This struggle against despair finds no support in neither consumerism nor materialism.

Despair, in fact, is a weapon of both in that it is used to push an agenda on the masses. On the one hand, despair is forced upon the consumer vis-a-vis a lack of possession. The absence of the possession of certain popular goods is seen as “missing out”. Out of fear of missing out, the worker will accumulate funds necessary to attain membership by the purchasing of said goods. The inability to attain membership in this fad casts a person to the outer-rim, excluding them from a so-called “club”. People become slaves to capital in order to belong, without the latest “thing” (whatever it may be) is seen as a failure. This consumerist despair eggs on an erroneous worldview, namely that goods determine our happiness. How tragic it is to see someone feel as if they do not belong because they lack extravagant goods due to circumstances. The pursuit of goods as an end is, in every sense of the word, wrong. Things, material objects, are not the end for which we were made. The fight against this despair is triumphantly taken upon by the Body of Christ. We, as baptized members of Christ’s body, belong to something much greater than any social group or commodity-holding community. The consumerist does not want us to believe this, for by believing this we reject the consumerist and we unmask its ugly head. It seeks to instill inward despair to control the individual. This inward despair makes the individual feel lonely and loneliness, whether an introvert or extrovert, is terrifying. In order to escape this despair, we give in and swipe our way to “happiness”. The culture of depression formed by despair has caused great agony in the hearts of men.

“The fight against this despair is triumphantly taken upon by the Body of Christ. We, as baptized members of Christ’s body, belong to something much greater than any social group or commodity-holding community.”

The apparent alternative, Socialism, wields despair just as violently. The socialist wants us to despair for by despair we may meet the socialist end. Despair, here, causes inflammatory hate inwardly and outwardly. That being said, the despair of socialists seems to be focused outward. This despair causes hate for those around us. This hateful outward despair causes an almost animalistic craving for violence. This despair is satiated only when a sufficient number of people have died. The blinders of this despair cause men to see one’s social class as the determining factor in whether or not they are worthy to live. In order to free themselves from this redhot despair, people need to be knocked off. There is a total disregard for the dignity of the human person in the socialist machine. Degenerating everything to the material, nothing matters other than the material. Humans are nothing more than modes for revolution, any sense of inequality is blasphemous. The existence of classes is infuriating and, to the socialist, is a product of some sort of evil. It is deeply ironic that the despair of the socialist is inflamed by the idea of egalitarianism. Everyone is absolutely, in every way, equal. The socialist calls for a level of equality that they do not even believe themselves. This irony is founded on the idea that while all material things (people) are “equal” they do not all share in the same dignity. Once again we are faced with an enemy of the Body of Christ. An enemy that rejects the dignity of the human person.

The alternative, namely Distributism, is one founded on the Christian view of the person. Sadly this truly Christian socio-economic theory is talked about even less than it is thought over. I believe, strongly, that this is due in part to the fact that the people of God have bought into either rather radical ideology previously discussed. They are convinced that there is no other way but the truth is, there is a Third Way. It is our duty, as Christian people, to make sure that this mindset does not survive our generation. How tragic it would be if the people of God were to despair in this. How tragic it would be if they do not know there is an alternative. How dramatically tragic are these circumstances we are presented with. But we have hope. We have hope in the Resurrection and the truth that comes with it. We must make sure this hope glows fervently. Without hope, what do we have? Nothing. We are to boast in nothing but Christ and Him Crucified. The capitalist, as one who values capital over all else, sees the Cross as a failure. The socialist sees the Cross and thinks nothing of it, to the materialist (which is what the socialist is) the Cross possesses no meaning other than the reality of death. The absence of faith, hope, and charity is a sure sign of the presence of the evil one.

If we genuinely pursue this reality of hope, and we must try, the world will be rocked to its core. The earth will tremble and the master of confusion, the pioneer of despair, Satan, will not be able to stand it. The metal to be tested must be tested by fire and turned red hot and by this test, we will be triumphant. There is no other way but the way of the Cross. With this certainty, we will face the enemy head-on. We will be steadfast or we will not stand. With St Joseph the Worker as our intercessor, hearts of hard clay will be heated and softened. We Christians can, by the Grace of God and faith in Him, can move mountains. Will this be easy? No. However, with hope, all things are possible. Finally, I leave you with this, do not underestimate the importance of conversion. The conversion of our own hearts and those of nonbelievers. Live by example, as Christians, and we will be victorious, we can be nothing else. Christian truth is inevitable. Our Lord is inevitable. Victory over Hell in Salvation history has already been had. With that in mind, we must go forth and make disciples of all nations. I leave you with the words of G.K. Chesterton from his book “What’s Wrong with the World?”, he writes, “The Christian ideal has not been tried and found wanting. It has been found difficult; and left untried.”

Anthony is a cradle Catholic and a Seminarian studying for the Diocesan priesthood in the Northeast. He possesses a particular interest in the role of Catholic Social Teaching in the 19th and 20th centuries. His major influences are Bishop Jacques-Benigne Bossuet, Joseph-Marie de Maistre, G.K. Chesterton, Hilaire Belloc, Joseph Pearce, and Father Heinrich Pesch. Anthony is also an avid soccer fan supporting the Italian club, AS Roma.

Nicely done. I think that too many conservatives champion capitalism simply because it’s not socialism.