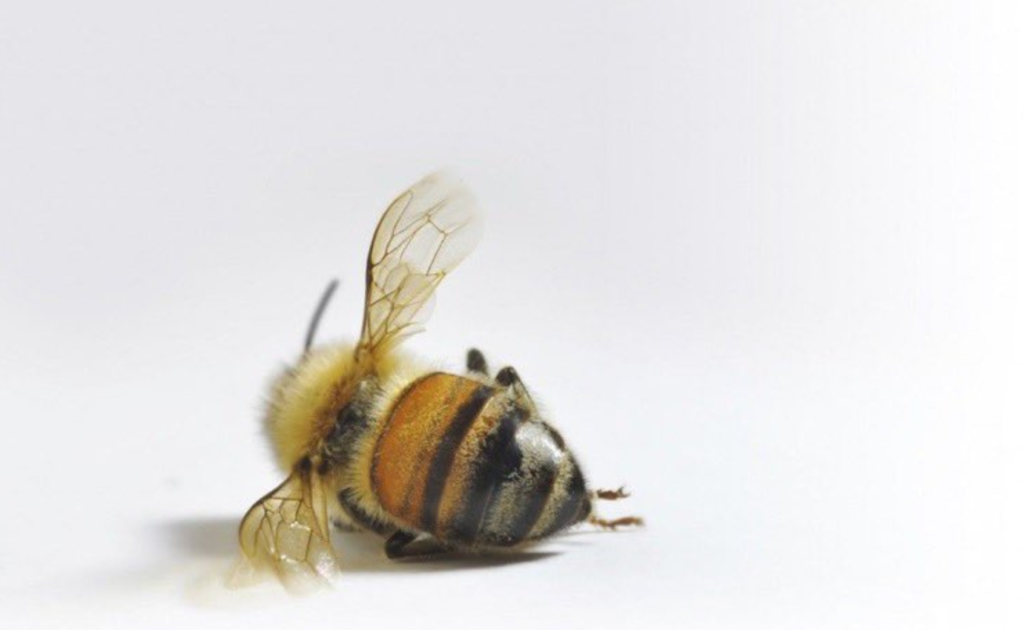 “Nonsense, utter nonsense. Honey is cheaper than it has ever been. Look at this pure golden goodness. Do you really think bees are going extinct? You really need to get your head out of the clouds and stop reading those global warming magazines and get a clue how the real world works.”

That’s what he told me over a decade ago now. I knew there was nothing I could say; winning him over would have affected nothing anyway. We were too powerless, our voices too soft, and drowned in a deluge of slick corporate propaganda painting an irresistible economic outlook. And then Colony Collapse Disorder became a household term almost overnight. An old friend of mine told me that he had 600 hives. Within a season he lost every last one. You see, nature works on the concept of thresholds. Every predator-prey or herbivore-flora cycle is a complex multivariate differential vector field. Set the starting parameters wrong and you get a total collapse of the consumer population. They are vulnerable to perturbations. And in this ecosystem, there was a great perturbation.

Every jar of honey is the product of the pollen of millions of flowering plants. The number is in the 20 million range for a half-pound of honey. For a colony to survive, its honey production must be large enough to sustain larval growth and the pollen available must be enough to sustain the bees so they don’t have to consume their supply meant to last the winter. What we didn’t realize is that the dark triumvirate of the agribusiness world had decided that bees were an unnecessary expense and thus they cheapened their pesticides. Any immigrant off the street could be paid to wander a field with a feather duster with a profit over the savings made in that decision. The pursuit of profit is what lead us to this hell.

At first it was a simple enough change that matched the decline of society in the modern age. Aesthetics define a culture more than anything and ours slipped slowly into the drab 3rd world megapolis landscape we had all seen in cyberpunk movies. Private gardens had become a thing of the past seen only family photos on some forgotten 8GB flash drive buried under piles of old Home and Garden magazines. Drunk in the stupor of near true-VR, the populace is apathetic to the state of their surroundings. When the NCAA announced the last Rose Bowl there was a little outcry from die-hard fans but it did not take long for it to die down. Without the Parade of Roses there was no sense holding another game in that old stadium and the venue moved to the Fresno Colosseum and was renamed the Doritos Locos Tacos Bowl.

I was pulled out of my internal monologue by a sudden movement in the underbrush. I was deep up the trail near Needle Mountain and this was Grizzly country. I’ve been around bears and wolves before, there are ways of dealing with them. But the thought that couldn’t be pushed out of my mind was the worst possibility: an EPA Enforcer was tailing me. I press check my 10mm and made sure the suppressor was seated on its threads. Wolf, Bear, or the EPA, it didn’t really matter either way.

A wolverine popped out of the brush in a display of aggression. Relief surged from my head like a good hit of black market opiates. If you’re reading this you might be wondering why I was so fearful. In truth, I was “riding dirty” as they used to say back in my home town. I was carrying 378 grams of pure wild honey with a street value of about ₩32,700.

Ask any farmer or rancher or any other owner of substantial holdings what it is like when a new species gets added to the Endangered Species list and you will be met with a thousand-yard stare. “400 acres of my best-producing land was snatched by the EPA when my 12-year-old daughter uploaded a picture of a fire-tailed gecko to her Instagram,” the stories are all the same. Some were evicted from ancestral held lands for generations under suspicion that there might be an endangered species habitat there. Some didn’t go so quietly. Midnight raids of tactical teams with federal warrants had been served countless times. What we never realized is that this was by design. When any species gets added to the ESA protections, the only entities who can legally handle it are researchers from state institutions or corporations with a big enough lobbying wing to qualify for federal grants to study them. By 2023, every known honeybee was the property of the world’s governments and a select handful of agribusiness conglomerates. The public only noticed when an acquaintance of theirs complained that a bee had been spotted on their land and a couple of acres of their property had been seized under the ESA.

Quickly we were forced into smaller and tighter spaces through the loss of land. Why didn’t we fight back? By then we were happy to be rid of the land. Nothing grew unless we could afford to hire professional pollinators from one of the Agricorps. Even the act of self-pollinating had been strictly regulated on the risk that a common gardener or farmer come into contact with a bee. By then the population didn’t care. Their food, entertainment, even their homes were sold to them by the same company they worked all their lives for. It was only a natural progression of the steady march of the 20th century into the new millennium that leads us to this state of affairs. Now over 99.5% of the world’s food supply was produced by one of 3 competing agricorps. Without a source for heirloom seeds and with strict controls on their sale and production, the percentage of people living who could remember eating “real food” much less “Real honey” had dwindled to a fraction of 1/10th of a percent. Those are the people I work for.

My parabolic mic picks up the faint sound of a bee colony within 300 yards. They sound a little fierce, maybe Africanized? I crossed the ravine and found the source. To my relief it was a European bee colony inside an old pine that had fallen across the stream. Claw marks surrounded the hive but it was dripping with honey. I probably got there about 2 weeks after the bear, lucky for me he did the hard work. A quick puff of smoke here and there and a little squeezing and I was done. Not a drop spilled. My take was now up to 640 grams; about a quarter’s salary for those living in the hive. Not bad for a week’s expedition to the high country. Sleeping under a space-blanket to hide my IR signature from the EPA drones was already wearing on me. Honestly, I wish I could stay out here. Making the move back to civilization is the most dangerous part.

The Anti-Poaching reward had jumped to half a quarter’s salary recently for bugmen 3rd class (the median population). This was a necessary thing for the enforcers of the ESA just to motivate those living insects to keep their bugeyes open. Selective breeding encouraged by high-soy replacement and social media engineering had reduced the median population to the spatial and situational awareness of something between a sea cucumber and a strand of kelp. If anything I could count on their ARG headsets to keep them distracted as they walked the streets; their attention was taken by signs and billboards that deposited ₩ in their account every time it registered that they tracked the entirety of the advertisement.

Why did I go this far just for some honey? Like green sea turtles, Bengal Tigers, the now-extinct Ring-necked Pheasant, and many things before, there is an old guard who used to enjoy these things and is both well-heeled enough and adventurous enough to risk acquiring the delicacies of their youth. None but the most elite of inner circles of the agribusiness cabals and their political allies could even taste honey in any capacity remotely “legal.” Fencing honey was not too difficult. A cursory look over a client’s family lineage was usually enough to verify. There was always a little old-world charm to them that no amount of training could replicate.

*SNAP* I clear holster and I drive 2 shells toward the center of origin of the sound resulting in a crash of shattering glass and metal and tearing of Kevlar. This is it, this is what I dreaded. I let my guard down. It was too dark to see and I dared not put a light on the body I just dropped. What’s that, urine, damn I did kill him. In the moonlight, I find the body, a Kevlar helmet, and a mangled set of NVGs lay a couple of feet from its head. Why don’t I smell blood? Why do I smell lilacs? Piss and lilacs, a nice combination.

The helmet has one slug lodged in it (the one that destroyed the NVGs) and the second glanced off the inner liner and exited without so much as grazing any flesh. 10mm you let me down. I move to the body to examine. Female huh? Couldn’t be more than 22. Healthy too, naturally, everyone in the EPA Enforcement Corps. was. A quick rundown of her kit and I found most of the GPS enabled devices and removed them. What am I doing? Killing a federal agent had always been in the back of my mind as a point of last resort but tonight I lucked out. I won’t be so lucky if she knows who I am when she wakes up though. This is stupid.

After a long trek made longer by the unconscious agent, I found the entrance to the cave that had been my home the last few weeks and tied her to about a hundred- and fifty-pound log. Her pack had given me quite the feast of homogenized beef protein and kelp extract supplements. All there was to do now was wait for dawn.

Originally published in the depth of the alt-lit archives of the internet by The Magician. May 29, 2017