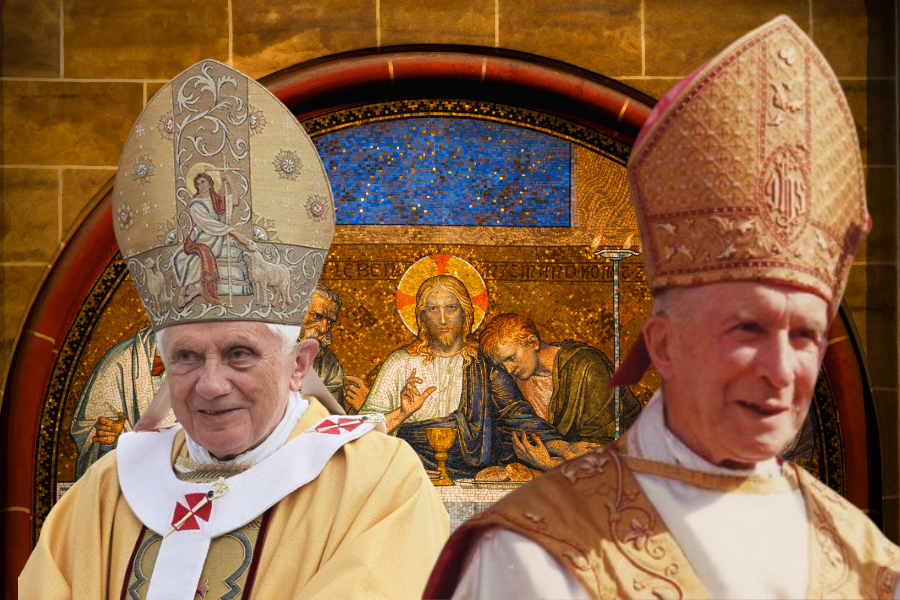 What earlier generations held as sacred, remains sacred and great for us too, and it cannot be all of a sudden entirely forbidden or even considered harmful.

At the advent of a new year and indeed, of a new decade, one finds oneself reflecting on the years passed by, myself included. This decade into which we have just entered will be the third in which I have lived, having been born at the turn of the millennium in 2001. The 21st century is then, the only century in which I have lived and experienced. I grew up with the rise of smartphones and in a world being formed and molded by the internet; a fickle world, a quickly changing world, where at one point Homosexuality was seen as a taboo matter and then at another seemingly the holy grail of political expression. I have lived, and am living through some of the greatest changes in human history, politics, culture, and art. Even the most fundamental elements of humanity seem greatly changed from my childhood. The air I breathe is no longer that which I breathed in my childhood. Unlike many, I am not one for Nostalgia. I grew up in the 2000s and had my adolescence in the 2010s, periods of time far too recent, and uniquely in human history (thanks to the internet) and far too well recorded to fall into Nostalgia. Yet it is no exaggeration to claim that this new millennium is one of the most important eras for mankind since the Industrial Revolution a few centuries prior.

Even in the Church, these changes have had their place. I have lived through three pontificates: that of St. John Paul II (2001-2005), Benedict XVI (2005-2013), and Francis I (2013-Present), each marked by their own problems, great moments and scandals. I have fond memories of Benedict XVI’s visit to my dear England in 2010 (I remember watching it at my small Catholic primary school), I remember well, the new English Missal promulgated the very next year, the election of Pope Francis, I remember my anger at Amoris Laetitia, my joy at the filial correction and other such moments. Yet when I think back over the past few decades of my relatively short life, I find myself returning to one document published in 2007: Summorum Pontificum. Why Summorum Pontificum from all the huge moments of the last few years? Why Summorum over McCarrick or the Scalfari interviews, or Benedict’s resignation? Simply because Summorum is the one thing that defied the trends of the culture of change. A culture that has ruled the Church since the Second Vatican Council (1962-1965) and society since the French Revolution in 1789; a culture disdainful of everything which came before it. Summorum Pontificum gave back to the Church a breath of the air of her childhood, which the rest of us can never have back.

Why then was Summorum Pontificum so important for the life of the church?

Because it dealt the final blow to the reforms of the council. Now, let there be no doubt that for the true Mass to be restored to its rightful place as the chief rite of the Roman Church, Summorum Pontificum is by a country mile insufficient. There is still so much work still to be done. The old Mass is still virtually unknown in many places and especially within my generation. Numerous clerics including many Bishops fight it tooth and nail before giving it a place in their parishes, deaneries, and dioceses. Yet in spite of all that, I find myself in a position that I can choose between two Latin Masses on a daily basis in a relatively small, famously liberal University city in the Southwest of England. In 2005 there were approximately fourty Latin Masses (excluding the Masses of the SSPX) in all of England and Wales, and yet today in 2020 there are close to two hundred. Now admittedly this is nothing compared to France (where the SSPX alone manages one hundred Mass centers and nearly twenty schools compared to the UK’s one) or the United States, but compared to our southernmost brothers Spain or Portugal, it is a massive difference. Summorum Pontificum dealt the final blow to the reformists by implicitly admitting what the Traditionalists of days past and those of today have all said: that the reform was a failure. When John Paul II issued his Ecclesia Dei indult in 1988, he was nonetheless hardly far removed from saying in his ACTA APOSTOLICA SEDIS of 1989 that it was very much to be deplored (quod valde dolendum est) that there were still many of those attached to the old Mass. Yet when Summorum Pontificum came in and explicitly stated that the old Mass had never been abolished and could never be thanks to quo primum, it admitted that the new mass was an attempted usurper of its place as the one mass of the Roman rite. It admitted that those words of St. John Paul II were the words of those afraid of the restoration of Tradition. When the Summorum told all priests that it was their right to say the old Mass unimpeded by any other ecclesiastical authorities, it was an affirmation. An affirmation that meant that the attempts to force the new Mass, along with its abuses and questionable texts down the throats of every priest, were unable to conquer the Mass of ages. Summorum Pontificum gave to the faithful what the Indults of St. Paul VI & St. John Paul II never could. Almost unlimited freedom of access to those faithful and pious desiring the old Mass. Whereas those indults were optional and dependent on the goodwill of somewhat hostile bishops, Summorum assured all priests and faithful that one could say the Old Mass free of ecclesial censure or episcopal punishment.

This spirit is captured most fundamentally in the most famous line from the document ‘What earlier generations held as sacred, remains sacred and great for us too, and it cannot be all of a sudden entirely forbidden or even considered harmful.’ Summorum had at its heart an attempt to remove from, what at the time was and at present still is, a relatively small but quickly growing movement of Catholics faithful to the Mass of Ages, to the traditions of the Roman Rite of the Catholic Church, and all the unfair censures and penalties which had been placed against them for decades.

Pray for more graces for our Church

Thus, in conclusion, Summorum Pontificum was one of the greatest documents presented to the Church by His Holiness Pope Benedict XVI during his rule. Indeed, Summorum has its place amongst others such great documents as Mirari vos or that of his predecessor Pope St. John Paul II: Veritatis Splendor. Summorum gave to the Barque of St. Peter, which since the council had since wrestled and turned on the sea of the world, an anchor. An anchor so strong that it managed to hold the ship, and no matter how much the captain may have wanted to see her capsize. Thanks to this anchor the strength of the Barque is finally recovering, although she is still struggling against the more violent tides of the world in this age of Modernism. However, our Lord’s graces have allowed this seemingly small anchor to replenish our beloved Church with ranks with good men and women. Therefore, the next time you attend the Old Mass, say a prayer for his Holiness Pope Emeritus Benedict XVI for his great gift to the universal church. Deo gratias.

Jules Samuels is a student of theology at the University of Bristol. He is a traditional Catholic activist involved in the work of SPUC and has previously been published in the hunting call magazine. You can follow him on Twitter.