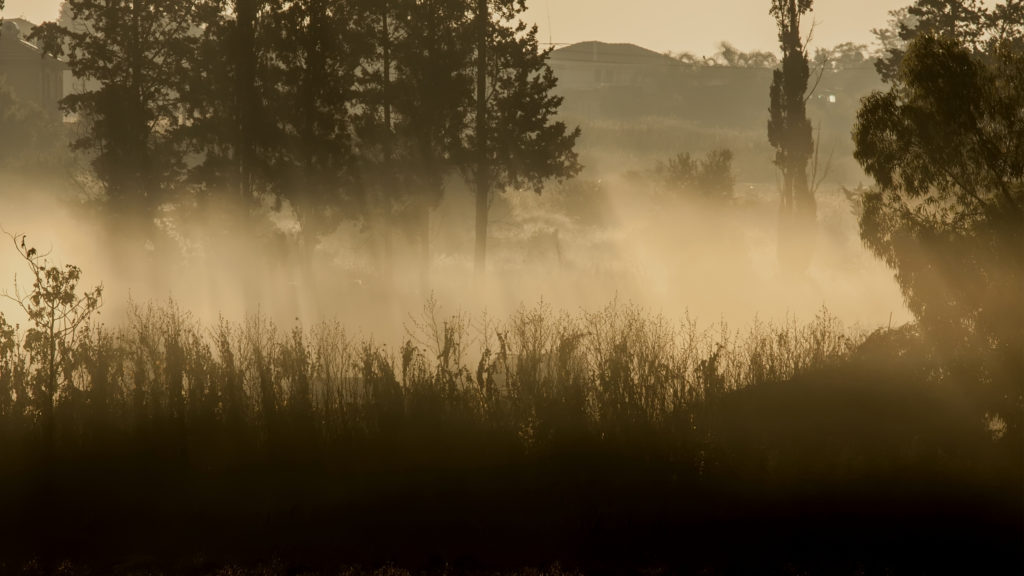 It begins in a scene of squalor. Over the mournful strains of Whiter Shade of Pale we see a scene of domestic horror: plates stacked with days-old food smeared across them, bottles and cans were strewn about the floor, fluid moldering at the bottom of cups, dozens of cigarettes stubbed out where they went out. Is this the end of a party, a day-long session, or just a squat? We don’t know. All we see among this scene of death and decay are two figures, long-haired and dressed with a shabby Bohemian style, slowly waking themselves up to confront the desolation they have made.

This is the opening scene of Withnail & I, a cult British film, made in the mid-80s but set in the late 60s. It is the closest Britain ever got to producing an Easy Rider, telling the tale of boomer ascendency, depicting the so-called counter-culture that swept the world in the 1950s and ‘60s, cementing the cultural hegemony of liberalism.

However, unlike Easy Rider, Withnail & I is not a romantic fantasy of effortless cool and freedom. It is, to some extent at least, a depiction of the ‘60s as they really were. Rather than the San Francisco and miniskirts of cliché, we see the hangovers from hell, ruination, consequence, and squalor. This is what it was actually like at the time when men with poodle hair were confronted at urinals by Irish laborers because they looked like they might be homosexual, and low-life weed dealers invited themselves into your house to recount sinister stories. This is a British film, so the mood is never celebratory (and often miserable). There are jokes, but there is a lot more dark and sardonic humor. There is confusion, repression, and decline, the sun never shines and it rains quite a lot. It’s the end of the party, the comedown, the reckoning which has not yet come but which the boomers know they will someday face.

The plot of the film is straightforward enough. Two broke and recently graduated actors (called Witnail and ‘& I’ in the credits) wake up in a run-down squat and decide they need to get out. The drugs and the drink in their systems make them twitchy and paranoid, so they decide to leave the damp of post-war London on vacation. They have no money, and so choose to blag their way into the holiday cottage of Withnail’s upper-class uncle, Monty, an eccentric bachelor and outright queer. They drive up to Cumbria in England’s Lake District where they discover that the cottage is nearly derelict, with no heating, electricity, or food. Desperate, they tramp about the fields and hills, soliciting help from a farmer, propping up the bar in a pub run by a retired alcoholic colonel, and being ejected from a tea house after drunkenly demanding to buy the place. Eventually, Monty shows up uninvited, puts the house in order, shows them around the countryside and then, in a moment of unrestrained passion, tries to seduce then rape his nephew’s companion, & I. The titular pair leave first thing in the morning, Withnail is arrested for drink driving, & I lands a part in a fancy London play, and the pair part ways.

Like so much 20th century British culture, Withnail & I can be read as an allegory for the decline of the empire. The titular pair are privileged, educated young men who have, nevertheless, chosen to waste their gifts on empty hedonism. Whether the two are gay lovers is never explained but occasionally implied (although they do also make clumsy passes at women at points in the film, notably when Withnail shouts ‘scrubbers’ at some passing schoolgirls in short skirts.)

Uncle Monty is undoubtedly gay, and though outwardly prosperous and grand, is a further symbol of Britain’s decline and fall. Despite his wealth and connections, he is lonely, repressed and frustrated – he spends his days shouting at his cat and making scattergun soliloquies about how he finds ‘the cauliflower more beautiful than the rose.’ As repressed fantasists often do, he imagines a sexual connection to existing between him and & I and attempts to force himself on the young man but finds that he is too physically decrepit and obese to manage it and collapses in a heap, weeping. To the two desperate and broke hippies, he represents prosperity and security, but this turns out to be a very thin mask disguising decadence to the point of disintegration.

The film is peppered with shots of post-war London, still largely a bomb site, even in the 60s. We see heaps of rubble that haven’t been cleaned up since the 40s and wrecking balls smashing into the sides of old cockney terraces. Garbage molders in the streets and everyone have a poor, thin look despite being subjects of a country still, at the time, claiming the status of world power. Unlike some of the American boomer movies, the confrontations with authority do not end flatteringly for the pair: they are ejected from the tea house by an upright, if elderly proprietor, who displays the sort of poise and masculinity that the pair lack. They are terrified of the Irish drunk in a pub and run away. They are confronted with a randy bullock in a field and, once again, run away. When Withnail is arrested racing down the M6 wasted, he makes a pathetic attempt to deceive the police by faking a urine sample and is taken into custody without serious protest. These are shells of men, they have no strength, courage, or self-reliance, they leach off other people while maintaining an outward dignity in their style and upper-class manners.

Despite this, there are small glimmers of hope for both. Withnail has several phone conversations with his agent, trying to get him to accept an understudy part in various plays. He refuses them all, as he is too proud to accept anything less than the starring role. Their desire to go on holiday to the countryside is the only noble or proactive thing they manage to do, a little glimmer of sense and a longing for good things – nature, space, fresh air, healthy pursuits – that quickly fades again into drunkenness and chaos. & I, the more nervous and less committed to the hedonism of the two, does eventually fulfill this desire to get out, securing a job and tidying up his image. The film ends on a poignant, rather than comedic note, with Withnail reciting a Hamlet soliloquy by heart in the rain, having seen his friend perhaps for the last time.

It would be a stretch to call Withnail & I a reactionary film, and it is undoubtedly a cultural artifact of the hedonistic boomer left, as the Jimi Hendrix on the soundtrack suggests. All the same, there is a lot for the right to understand and appreciate here. The two central characters’ lack of backbone and embrace of self-indulgence is an allegory for the west, as is the hollow and morally corrupt center represented by Uncle Monty. One of them chooses the harder path, the path rejected by so many boomers, millennials and Gen Xers – electing to fight and work, rather than living on the dole in his underpants, drinking anti-freeze and eating three-day-old leftovers.

We cannot often put our trust in what traditional institutions do exist today, as they are often at least as corrupt and complicit as the outwardly radical fringes. What we can do, however, is recognize our squalid situation for what it is and work where we can to get out, through self-improvement, community formation, hard work, and moral effort. Even if we end up going on a few holidays by mistake in the process, that is the path worth taking.

Written by Alfonz Cavalier. Alfonz is a Catholic reactionary from London, England. You can follow him on Twitter here.