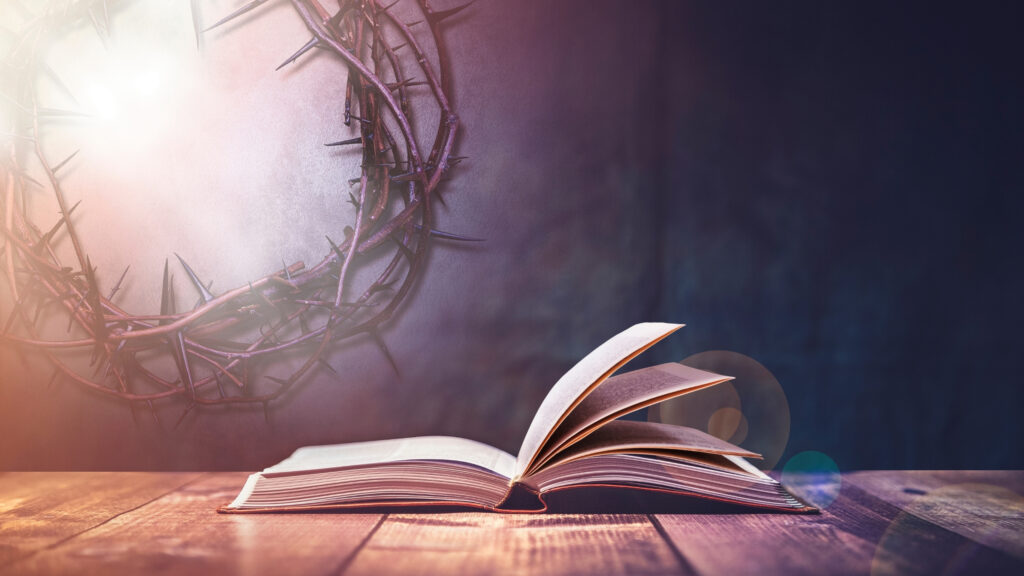 “Salvation by Allegiance Alone” is one of the more provocative books that has come out in recent years on the topic of Biblical soteriology. I initially came across it during my days studying theology in graduate school. In it, Matthew Bates argues that our English translations have led to widespread misunderstood the Biblical concept of “pistis” by translating it as “faith.” He makes a compelling argument that rather than seeing Biblical faith as merely trusting or believing, faith should be seen as embodied loyalty in Jesus as king, which is express in our good works.

The text is divided into nine chapters. Chapter 1, “Faith is Not,” delves into false understandings of what the word ‘faith’ entails. Among other things, Bates clarifies that the word does not refer to a blind leap in the dark, or a rejection of evidence assessment.

Chapter 2, “Loyalty and the Full Gospel,” goes through the Gospel presentation as found in Paul’s epistles, showing how it goes beyond merely affirming “Jesus died for me,” but is about how Jesus through His incarnation and ministry is enthroned as Lord.

Chapter 3, “Jesus Proclaims the Gospel,” expands upon the themes found in chapter 2 and discusses the Gospel as it is proclaimed by Jesus. Bates shows that Jesus’ proclamation centered around the Kingdom of God. Bates, citing C.H. Dodd identifies eight core elements of the Gospel: That Jesus the king 1) pre-existed with the Father, 2) took on human flesh, fulfilling God’s promises to David, 3) died for sins in accordance with the Scriptures, 4) was buried, 5) was raised on the third day in accordance with the Scriptures, 6) appeared to many, 7) is seated at the right hand of God as Lord, and 8) will come again as judge.

Chapter 4, “Faith as Allegiance,” presents the central thesis of the entire book. Going through various instances of “pistis” in the Septuagint and the writings of Josephus, Bates shows that the word is often used in contexts that denotes fidelity rather than mere “trust.” He then goes through various instances of the word in the New Testament to show how they are used with the same meaning.

In chapter 5, “Questions About Allegiance Alone,” Bates answers various objections that may arise from the first four chapters. He explains how such an understanding does not necessitate salvation by works, and what “works of the Law” mean in the New Testament context. He also provides a critique of the concept of Irresistible Grace, showing how the biblical view of faith does not necessitate such an idea.

Chapter 6, “Resurrection into New Creation,” details the relationship between the Gospel as presented in previous chapters and the Biblical story. Here we see how the Gospel finds its culmination in the New Jerusalem, where God’s rule comes down to earth and all who have given their allegiance to Christ will live eternally.

Chapter 7, “Restoring the Idol of God,” is about the Image of God, and how the Gospel involves human beings acting in the world as living representations of God, with Jesus as the perfect example of what this should look like. Thus, we are to imitate Christ, with the ultimate goal to become like God.

Chapter 8, “Justification and Allegiance Alone” talks about the relationship between faith as allegiance and Soteriological issues such as Justification, Sanctification, and Predestination. As the chapter title suggests, Justification is given a special focus, and Bates delves into the comparative strengths and weaknesses of Catholic and Protestant views on Justification, as well as the convergence of the two in recent ecumenical statements such as the Joint Declaration on the Doctrine of Justification.

Finally, in chapter 9 “Practicing Allegiance,” Bates goes into the practical implications of faith as allegiance. He argues that we need to be more holistic about our Gospel presentations. He also talks about then need to live out the Gospel, and ends by suggesting the recitation of the Apostles’ Creed in worship as an affirmation of our allegiance to Jesus as king.

The value of a book such as this lies in the fact that it is able present the most up to date research in biblical studies when it comes to Soteriology. Many of his insights are reminiscent of the New Perspective on Paul, and although Bates does not explicitly identify himself as a believer in that viewpoint, he does have a generally positive view of the NPP. He also presents how Biblical soteriology connects to other areas of theology, such as Christology and Biblical Ethics, showing that they cannot be neatly separated from each other but provide a coherent whole.

Although he is Protestant, he is even-handed in his approach differences between Catholic and Protestant ideas of salvation, and does not slavishly follow either. Someone from a Reformed persuasion will find this book particularly challenging, since Bates’ insights into grace and election do run counter to much of Reformed soteriology. Arminian Protestants will agree more with his views on this topic, but will nonetheless be challenged in their view of how saving faith is to be defined in relation to Justification. On the flip side, he is critical of the Catholic idea of Justification being an infusion of righteousness, and takes a more Protestant imputation view. Thus, both Catholics and Protestants will disagree with his insights at various points, but I see this as a positive, as it challenges Christians of all persuasions to fine-tune their thinking on Biblical Soteriology, and allows there to be further constructive dialogue between differing theological persuasions.

Luis Dizon is a Ph.D candidate at the University of Toronto, whose research focuses on comparative religions. His area of specialty is on the Abrahamic religions, as well as the theologies of different Christian denominations. He is also a regular guest at the show “Reason and Theology.” He writes at the blog https://prosaletheian.wordpress.com.

If you enjoyed this book review, please consider buying him a cup of coffee here.