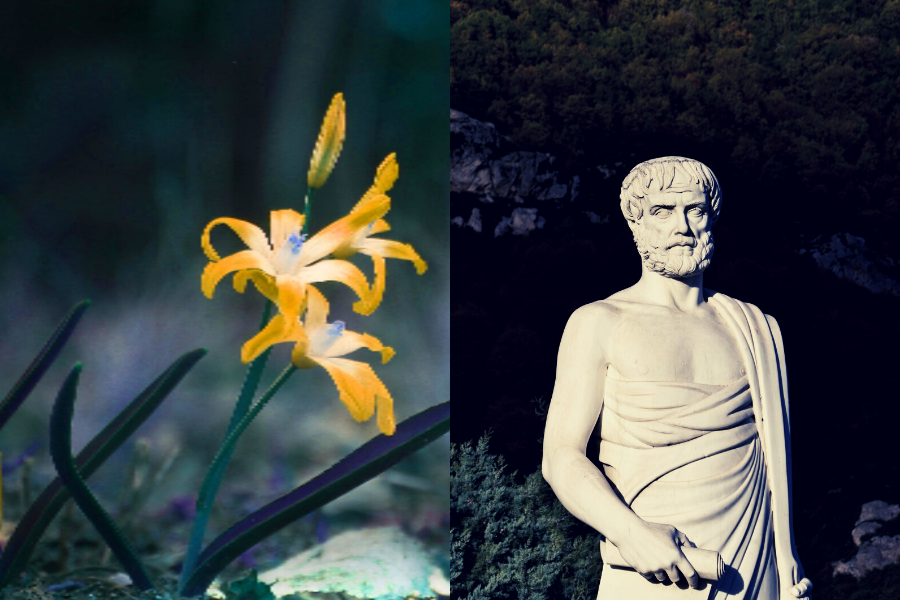 Human action and choice are founded upon an underlying preconception of flourishing. All that we do is in some way an attempt to see ourselves, or others, flourish in some capacity; for if one did not think in some way, their action or choice would aid in the flourishing of whomever it is they desire to see flourish and they would not take such an action or make such a choice. Would you not eat food if not for serving some end – be it for nourishment, pleasure, or some other end, that you in some base sense understand leads to your flourishing? As it is with the individual – so too is it for the collective, namely civilization itself. And in this case, what does it mean for a human to flourish in the modern post-Christian era of the West?

All of civilization should be concerned with the flourishing of itself and its people. If not, for what better concern can there possibly be? What higher goal can even exist? All we can ever seek is to live the best life. In other words, to flourish. The difficulty is not in recognizing that we seek flourishing, but it is rather found in what it means to flourish and what the role of a civilization is in this process, specifically the role of the government and the reflection of these aspects in the public square. This comes at a time where Nilhism is the a priori ideology that a secular man has to get through before he finds Christ or any sense of transcendental purpose.

The condition of human flourishment

Properly understood, to say a human being is flourishing is to say that he is living the best possible life. This has been a topic of thought through the Philosophy of Happiness ranging back at least to Ancient Greece and the ideas such as Eudemonism from Aristotle, Epicureanism of Epicurus, the Hedonism of Bentham, and so on. While many theories of human happiness, and thus human flourishing, exist, we must speak of a truth more fundamental to man and as man himself rather than some other. These truths are the eternal truths of man. So long as man exists as man, these truths shall too exist; for when they cease to be true, we are no longer discussing man as the being he has, currently does, and will exist as. All theories of happiness preconceive such truths, as their claims of knowledge only apply to men as they were, are, and forever shall be; regardless of any particular theory of happiness taken up as true. These eternal truths of man hold the key to discovering our flourishing. These truths are the very reason we can look back to history and learn something about ourselves from it. Why it is viable to extrapolate from a specific to a general as we are the same general being as the specific; the many to the one. They ensure us that we can learn from the cumulative wisdom of our kind when reflecting on ourselves and our situation and can avoid new answers for the sake of new answers. Such fundamental truths can be hard to state specifically as we are viewing the very edge of what is knowable with that which is beyond our capacity to grasp through the use of natural reason. How profound our predecessors contemplated on these “truths”. Yet, all that contemplation, along with it the eternal truths have been lost in the modern world.

Our minds and hearts point to the eternal

Often times, we must describe them in broad terms such as “man is a religious creature,” “man desires to grow his understanding,” and so on. While these can seem to be so abstract as to be rendered useless, it is their abstractness that enables them to be useful when thinking about the proper state of man and civilization. Man is a religious creature, and it doesn’t matter which religion is presented – or if no religion whatsoever is shown to him – he will gravitate to something in a religious way. Man seeks to find patterns where there are none to be found, like constellations and deeper meanings than the mere superficial; he is inherently aware of a deeper, more powerful, sense of reality than what can be seen. Because of this, he latches on to ideologies and philosophical ideals and gives himself over to them. While no doubt important to the individual, it is of the utmost necessity for civilization to be aware of this and other eternal truths.

In the modern form of civilization in the West, taken here to mean its current state as it exists insofar as it is largely democratic and is imbued with values and elements properly understood to be liberalism, we can see the results of what happens when these eternal truths go neglected for even a few generations. Rather than acknowledging man as a religious creature, for example, western nations, such as the United States, seek to cultivate and maintain a society that is secular and void of a religious foundation. Whether traditionalists trace this back to Nominalism, the Reformation, or the Enlightenment, this call for secularism allows a wide variety of ideologies to enter into the public square and influence the culture and lives of the people. If a large portion of your society is firmly religious, then the public square will naturally reflect such things and be subconsciously attracted to these eternal truths. It will disallow what is not considered culturally acceptable and reserve its resources and space for that which is deemed worthwhile by the larger democratically imposed and indifferent culture. This is the basic understanding of Civic Virtue at work. While it may be the case that the United States once had a strong Christian culture that was reflected in the public square, it is without question that it does not exist in the current US. The same can be said with much of the western world.

Liberalism as the new religion

As said before, with this secularism came a place for all ideologies and beliefs; and with that, came the growing power of liberalism. It is true, that this “marketplace” of ideologies has been bulwarked by the Christian fumes that powered the west before liberalism. And as society has grown away from a strong religious culture, it drifts into the sea of moral ambiguity that liberalism makes manifest and allows secularism to set sail. In today’s public square, we have gay pride parades, the planting of a statue of Satan at the Arkansas State Capital building, Planned Parenthoods service of not just contraception but abortion, and so on. All of this exists in the United States today, despite a large number of adults considering themselves Christian; a fact which is currently in decline to little surprise as the latest studies show that only 65% of American adults describe themselves as Christians when asked about their religion, down 12 percentage points over the past decade. Along with these trends, we see a sharp rise in a materialistic and consumerist culture; one void of any deep meaning beyond the purchasing and consuming of products and services. We haven’t gotten rid of religion, as a man must always have some religion. Rather, we replaced a genuine religion that seeks to serve the needs of man to the end of his flourishing with one of liberalism. The public square is not truly secular – rarely is anything truly secular – but rather it created a formation of society that served has served liberalism and brought people into this quasi-religion, and the culture and society we see today are reflections of this new religion.

This new religion and the aspects of it deeply entrenched in society, do not properly serve the ends of man and his flourishing. Its symbols of worship, its devotions, and sacraments, are not aspects of a deeper reality that man inherently seeks and understands is apart of lived reality in some way because these devotions and sacraments are superficial. They are utterly void of a deep sense of self and reality. Of that which can be called the Good, the True, and the Beautiful. It has no transcendental reality which merges with its sacred rites and objects making such a reality tangible in some way or another. As such, it leaves people feeling hollow and inclined toward whacky spirituality movements and overall nihilism. This is the reason why American happiness is in decline and the abuse of opioids has risen. We are fundamentally deprived of aspects of our existence that are necessary for our flourishing within the greater society and public square. While cultural movements are important, the way to enable civilization to flourish belongs ultimately to the role of government. But how is this possible in a secular government whose moral axiom is dictated by democratic votes which are now so easily swayed by the magnates of the free market who only worship capital and see the population as mere economic units?

Towards a responsible government

Governments are charged with the wellbeing (flourishing) of its citizenry, lest they run out of taxpayers in the current modern systems. The rightful sovereign of the people has the utmost duty to ordinate its structure and society to the flourishing of the individuals, and this flourishing can only truly have a chance of occurring when a man is correctly recognized as the being he is and the eternal truths of this being acknowledged and served. For example, religious identity is of the utmost importance to man’s nature so there must be a formal acknowledgment of the religious nature of man and policies that seek to properly nourish this aspect of society put in place. Laws that protect the morality of the public square and ban that which will harm it and negatively influence the people that partake in it. The government must recognize other truths as well, such as man does not always act rationally, that he is fallen, vulnerable to corruption, is oftentimes not correct on complex issues, does not always know what is best either for himself or others and so on. While cultural movements are a wonderful thing, they in and of themselves cannot bring about laws into formation. They may be able to influence the sovereign to some degree, more or less, but it is ultimately the sovereign that creates and enforces laws. Of course, no success is guaranteed through purely human means, to think such a thing would fail to acknowledge the eternal truth of man as fallen; but it is necessary nonetheless to formulate society and civilization itself on the truth of lived reality. Only systems and structures that have principals and beliefs that correlate veridically with lived reality have the chance to succeed, while all others will be destined to fail as they shall be founded upon error.

Written by Omni, A lay philosopher at social reflection and going beyond the lexicon. You can follow him on Twitter here.