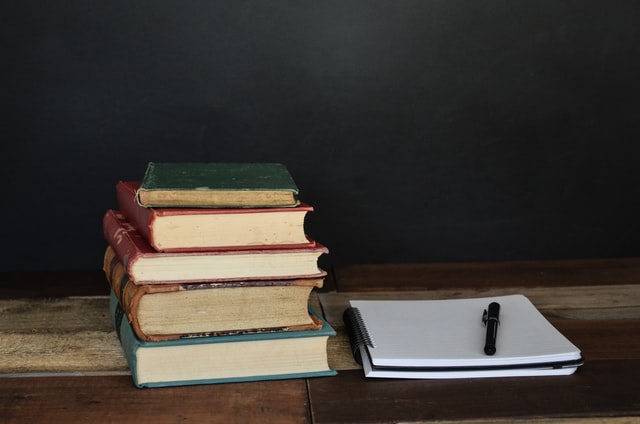 Criticisms of academia from the political right are not new. Surely you have read countless articles at this point decrying the political bias of professors and administrators, the federal Department of Education and its social engineering, the massive budgets for amenities like lavish student unions and state of the art recreation facilities, and many other public slaps in the face to the common man. These critiques are well-worn, so I want to provide a perspective from inside the university system in light of the policy response to COVID-19.

In general, I think large public research universities and a handful of extremely-well-endowed private universities (we all know their names)  will weather the new policy regime the best; that is, they’ll take the least amount of damage. This is because of the massive research budgets they get from federal and private grants combined with some state support for teaching.

Smaller public 4 year universities will, in general, do a bit worse for lack of research capacity. Your local community college will be hard hit by budget issues, but I think they might have an ace up their sleeve, as we’ll see later in this article.

By far the hardest hit will be small private institutions with small endowments. These colleges and universities have been the biggest beneficiaries of the runup in tuition thanks to guaranteed student loans, and yet many of them are indebted to the federal government for so-called rural development loans. While a large percentage of their revenue comes from overpriced graduate and professional programs aimed at student visa holders with relatively high-paying jobs here in the US, their highest margin customers are traditional students right out of high school who want to play sports in college but can’t compete at the Division 1 level. These students pay through the nose for a mediocre education and meager housing.

The Educational Chaos of 2020

Starting in mid-March, most universities and colleges went to some form of distance learning for the remainder of the Spring term. From what I’ve seen, small private schools were the most adamant about keeping courses synchronous, meaning that they forced students to meet at the same time with the professor via video or phone conferencing just as they would in a normal classroom.

The reason for this is simple: this moment is making it clearer than it ever has been that the massive investment in physical space is not needed for undergraduate education. Top-level administrators at all institutions of higher education are absolutely horrified at the prospect of students becoming conditioned to learning solely online. Administrators at research institutions are less worried because much of their physical space is dedicated to research endeavors that can’t be conducted in an online-only world.

Unlike previous generations, Zoomers are perfectly happy to have courses online as long as the professors can adapt the course material appropriately. Some activities like labs can’t be recreated online and some classes are just plain awkward if you aren’t in person (e.g. public speaking). Universities still charge more for online courses than in person courses since online students don’t offer them nearly the same margin as traditional students.

The COVID-19 lockdown has laid bare a paradox: it is now clear to the Zoomer generation and their Gen X parents that a significant portion of the investment in physical space for colleges and universities is an unnecessary expenditure and may become obsolete. However, most students prefer to have some kind of in-person interaction, even if they don’t like showing up to class. The “college experience” isn’t just about getting wasted at bars and having promiscuous sex; students also genuinely enjoy the atmosphere on campus.

Administrators are discovering just how frustrated students are with the extreme risk aversion they are exhibiting. By disallowing the socialization that goes on at the campus, administrators have essentially sealed the fate of the education system and have advanced its demise dramatically.

Frustrated students aren’t the only problem administrators have. The politically-charged atmosphere in the U.S. has created two baskets that most faculty fit in: some want to be able to work in their offices and roll their eyes at the fear and effeminately-authoritarian scolding they hear every day in meetings and on situation updates. Others are more fearful than administrators and, led around by the nose by the left-wing media, have pushed for the most extreme campus lockdown policies. Widespread furloughs and pay cuts amounting to 5 to 10 percent of salaries or more have only exacerbated these problems.

A Job or an Education

The educational establishment has, for decades now, relied on a schizophrenic set of ideas for its existence. On the one hand, countless dollars have been spent on improving the educational practices of professors. Every large university has some well-staffed version of a “Center for Teaching and Learning” or “Center for Teaching Excellence” and nearly every small college sells itself to parents on the basis that they genuinely care about education and focus on it exclusively. The process of hiring professors at these small institutions is a carefully crafted dance between existing faculty and the job candidates to show that the latter is on board with the educational mission of the college.

Yet the vast bulk of enrollments at the undergraduate level have nothing at all to do with education. Millennials and Zoomers have been told, practically since birth, that if they don’t go to college they will end up homeless or in prison. For at least the past 20 years, primary and secondary education has become college prep. No Child Left Behind made primary school administrators obsessed with state test scores and incentivized no small amount of cheating.

Secondary education administrators are judged on their ability to get as many students as possible “college ready” and to place them in college directly out of high school. The ability of the school system to generate graduates who hate said system is profound. By the time they have graduated from twelfth grade, all but the nerdiest and most intelligent are disgusted by the prospect of education. They have spent the first 18 years of their lives being treated like 12 year olds, even having to ask permission to use the bathroom.

Most new college students show up with the attitude that they have to slog through 4 years of “education” for a piece of paper that grants them the ability to get a job at which they probably don’t have to do anything that requires a lot of physical exertion or involve much filth. Some have ambitions of starting a business or doing well as a day trader, but were pressured by their parents to have a “fall back.” Why said fall back plan can’t simply be to come back home and stay with their parents, I don’t understand.

The dichotomy between the stated goal of universities and colleges and the intent of their customers has spelled their doom for many years. The risk aversion of the Boomers and institutional inertia have kept them going this long, but the COVID-19 lockdowns have made it clear to anyone with eyes to see that universities are no longer fit for purpose.

As administrators continue the lockdown policies, paralyzed by fear, into Spring of 2021 and beyond, they will struggle to stay relevant as social conditions force us to rethink our aversion to finding security within our families and our local communities. I wouldn’t bet on academia recovering from the COVID-19 lockdowns anytime soon.

My money is, quite literally, on the ascendancy of true education divorced from job training. Job training is a noble and important practical task, but attempting to join it with liberal arts education was a fool’s errand. True education will lie in efforts like the Leonine Institute for Catholic Social Teaching and the Lyceum Institute. Join me and other Catholic academics who are trying to build an alternative to the current system that is increasingly revealed to have been built on sand.

Levi A Russell, Ph.D. – Founder and Fellow of the Leonine Institute for Catholic Social Teaching. He is also the host of the weekly Catholic Economics podcast.